Each Murder Mystery has a certain theme. The theme could be based on a holiday (such as St. Patrick’s Day or Halloween), a particular location (Hawaii, Florida), or a mode of transportation (ocean cruise, train). It might take place in a historical period in the past. Dressing for the theme or the time period is a fun way to really enjoy the evening.

Most guests will be investigators, but a few brave souls may choose to take the part of suspects. A few days ahead of the event, each suspect will get special information about their character. None of the suspects are told who committed the murder, so everyone can help solve the case.

Upon arrival, all guests will get some background information on the murder and a list of the suspects. Each guest also receives a special clue that you may keep to yourself or share with others.

The evening usually starts with the introduction of the suspects. Each suspect has a prepared speech, and they read it directly from the script. There may be some key clues in the speeches, so listen carefully. If you are playing a suspect, the speech is an opportunity to make your character come alive. Remember, acting is good, but OVERacting is better!

Solve the Crime on a Full Stomach

After a short pause for a delicious meal, the investigators are split into teams. The teams are usually determined by seating. Throughout the rest of the night, each team is allowed to interrogate the suspects in groups of one to four. The suspects answer the questions according to the information they are given. After about ten minutes, the suspects are rotated to another group.

Sometimes during the questioning, new information may come to light, such as the Coroner’s cause of death or evidence discovered at the scene.

At the end of questioning, the investigation teams try to figure which suspect had the motive, means and opportunity to commit the crime. They will ascertain why and how the victim was killed. Each team reports who they think is the guilty party to the others. The final solution is read and the perpetrator is handcuffed. Justice is served!

Once the crime is solved, recognition is given to teams that solved the crime. Then the guests vote by applause for the best costume.

Join Us in the Fun

Our murder mysteries are a fun evening of entertainment and a keen test of your sleuthing skills, all with a delicious meal! If you think you’d like to participate, you can look over the schedule for our upcoming murder mysteries. Once you’ve picked your event, you can conveniently order tickets online, or by phone.

We look forward to serving you at a Murder Mystery soon! 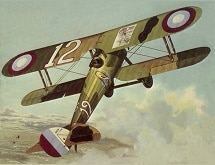 Yesterday marked the tenth anniversary of the signing of the armistice that ended the “war to end all wars.” The European economy today, though, is in another war – one of survival. It is in shambles, and many factions struggle for power with promises of better times to come.

Last night, however, at a secluded spot in Florida known as Sandy Ring Island, a celebration had occurred. Comrades in arms, wounded in the service of their nations during that Great War, toasted their reunion.

All three had been sent to the same French military hospital to recuperate. There, they had become staunch friends. When the peace treaty was signed, they vowed to be together again a decade after the end of the conflict. At a rustic lodge on the Gulf of Mexico called Sea Breeze they had kept their word.

But this morning, a pall was thrown over last night’s festivities, for a body was discovered face down on the beach behind Sea Breeze. It was the Russian writer, Gregor Manov, another guest at the inn. His skull had been crushed with a large piece of driftwood. Judging from the footprints left in the sand, the deed had been perpetrated from behind while Manov was returning to the Lodge from a late-night walk.

Manov had supported the Bolsheviks during their revolution against the Czarist regime. His works had gained world notoriety as he championed the cause of the common man both in his nation and around the world. He was in the United States by permission of the Soviet authorities to conduct a speaking tour about the advantages of communism.

His reasons for stopping at Sea Breeze were unclear. His schedule had been light, but he broke from it three days ago, finding his way to the secluded spot. His presence only added to the human menagerie that had recently seemed to descend upon the spot. Only through careful questioning and precise logic would motive and murderer emerge.

– Participation in Murder Mystery
– You can be a suspect!
– Gourmet Dinner

Tickets for the next Mystery are available online here.

It was an evening of wine and cheese at the Melee Vineyards in the Nippy Valley, celebrating the winery’s tenth anniversary. Owner Malcolm Melee took great pride in his world-famous Melee Cabernet, the wine that tickles the palates of wine connoisseurs around the globe. Even so, Melee’s surly personality has produced more adversaries than advocates. As the gathering broke up about midnight, Melee bade farewell to everyone and said he would stay around to turn out the lights. But this morning, it became deadly obvious that someone had planned lights out for Malcolm Melee, for his body was found at the bottom of the staircase that leads to the oak casks in the wine cellar. Someone had put the cork on Melee and taken action that would squeeze the winery’s reputation.

His turkey recipe was to die for!

What will we find under the tree?