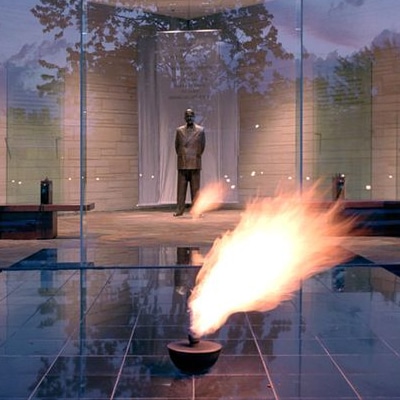 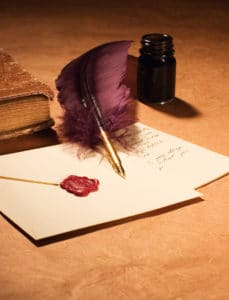 Overflowing with history and charm, Independence, Missouri is most proud of the Truman Library. This world-class museum follows the life and times of the 33rd president, Harry S Truman. It has the distinction of being the first presidential library in the United States. Additionally, the Truman Library is one of only ten presidential libraries administered by the National Archives and Records Administration. This gives the museum access to an extensive collection of artifacts, photos and documents. These immersive and interactive exhibits bring history to life. Though the museum is currently closed for extensive renovations, you can plan a visit for the grand re-opening in Fall 2020.

Make your trip into this bygone era complete by staying at the historic Silver Heart Inn. Our elegant Bed and Breakfast blends the quaint past with all the modern comforts you crave. The main house, originally built in 1856, offers four beautifully appointed suites. In addition, we have two intimate cottages available, which provide a private retreat on our peaceful grounds. Each morning, all guests are treated to creative, delicious breakfasts made with fresh, local ingredients. Reserve your getaway to Independence, Missouri and be one of the first to experience the updated Truman Library exhibits.

Located in President Truman’s hometown, the Harry S. Truman Library and Museum opened in 1957. Being the first presidential library, it set the bar very high for all that followed. This amazing museum tells the story of President Truman’s life and careers as farmer, soldier, businessman, local politician, U.S. senator, Vice President and 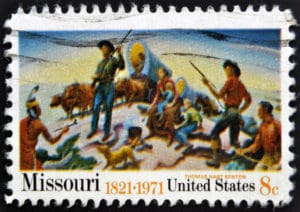 President. He, in fact, was the only president to serve in combat during World War I. Past exhibits focused on the war have included his wartime journals, letters and personal combat gear. The impressive collection maps his political path to the presidency. His nearly eight years of leadership took place during turbulent times of international war and domestic change. While the museum mainly focuses on his time as president, it also includes his retirement. He returned to his roots in Independence and was greeted as “Mr. Citizen” by the locals.

As you enter the lobby of the museum, you’ll be greeted by an impressive 1961 mural, “Independence and the Opening of the West,” by Missouri artist Thomas Hart Benton. The meticulous re-creation of the Oval Office during his administration captures every detail of the time period. Admission to the museum also includes access to the library and research room. The huge collection of photographs, documents, maps, transcripts, and recordings cover his early years, Presidency, and active retirement.

Visitors journey through Truman’s term as president in “The Presidential Years” exhibit. The interactive elements cover World War II, post-war challenges and the beginning of the Cold War. For a more intimate view of the 33rd president, explore the “His Life and Times” exhibit. It highlights the personal stories of Truman and his family. Letters and objects bring the historic figure to life, along with his relationship with 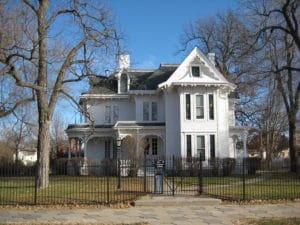 his longtime sweetheart and wife, Bess. The exhibit also covers his retirement years in Independence. From 1953 until his death in 1972 he remained active in politics, promoting the Truman Library and writing his memoirs. There are also a number of events hosted at the library, each of which covers a variety of compelling topics that bring history into focus and analyze current politics.

Discover the Truman Library in beautiful Independence. After strolling through the museum, explore uptown. This historic district dates back to the 1800’s and is now a lively town center. Plan your pilgrimage to the extraordinary Truman Library after renovations are complete in Fall 2020. Book your stay at the historic Silver Heart Inn and experience the grace and beauty of Independence, Missouri.