A Train Trip: Take the Rail to the Trails 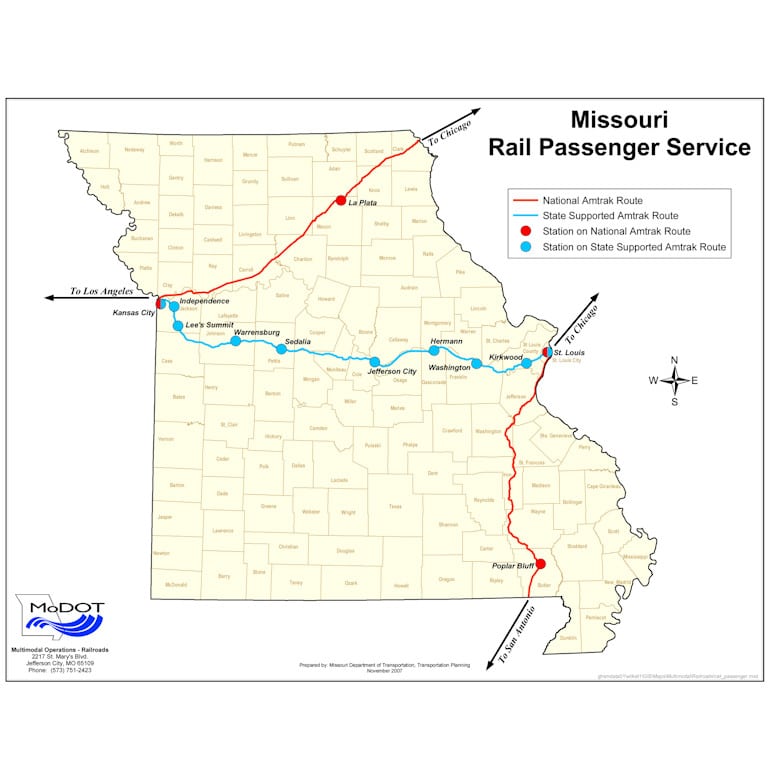 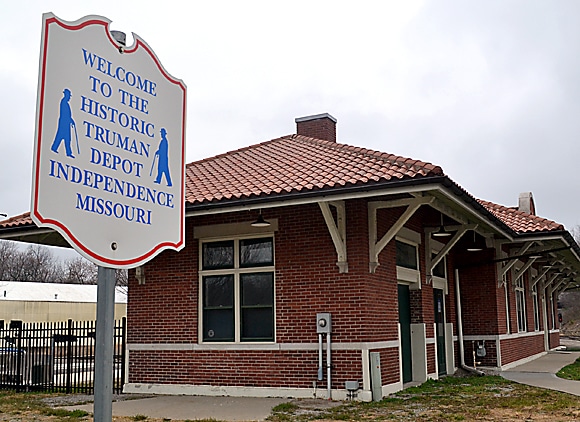 I recently had the pleasure of making a train trip by the Amtrak line which comes into Independence.

While I needed to make a trip to St. Louis, I turned it into a bit of a research project for the Silver Heart Inn Bed and Breakfast.   Boarding the “Missouri River Run,” which is the name of the route which runs across the state between St. Louis and Kansas City, I left from the local Independence Station.   The early morning train which would take me into the St. Louis station would arrive just after lunch.   Of course, this would give me time to maximize all the opportunities of traveling on the train.

It had been many years since I had ridden the train, and honestly I had forgotten how enjoyable it can be.  The gentle rocking of the train was comforting and the scenery rolling by the window reminded me that Missouri is a very diverse state.  I observed the quick change from city with industry that used to depend on the rails to bring needed resources and take the finished product to the market place, to rural with its fields full of soft, lush, green spring grass.  Old rail fences took me back in time to a different pace of life attested to by more than a few abandoned barns who had stories of their own to tell.

Each stop was interesting, people coming and going.  I wondered what brought each of them to the train: commuting, seeing loved ones, a special time of getaway?  A group of school children were being herded by teachers and mothers, taking a short ride from one stop to the other.  I saw a young man asleep, a bunch of soft pink roses bundled in pretty paper tucked protectively in next to him.  What lucky girl would have them?  I wondered if she knew how much he cherished and missed her.  The image of a sweet reunion played in my mind.  A grandmother and granddaughter were traveling together.  The little girl’s voice was full of excitement as she questioned the older woman about all things that were new to her.  They smiled and enjoyed each other; it will be a precious memory neither will forget.  My own daughter and I traveled together, a spontaneous trip to see a young man who is very special in her own life.  She will soon be out on her own, beginning her life in the world.  We both have busy lives.  I captured the opportunity to make something special of our stolen time together.

Feeling a bit hungry, my daughter and I were free to get up, move around, and walk to the club car.  A charming boxed lunch was shared in the booth in the club car.  We had time to talk.  My daughter, who had been somewhat skeptical about the train verses driving (because it would have been a half an hour shorter), remarked that, “This was really nice,  I’m glad we did this.  I would definitely do this again.”  I would trade 30 minutes for this time with her any day!  Having had our fill, we returned to our seats and catnapped.

A pull of the whistle announced Jefferson City station.  Our capital is beautiful.  From the tracks, the Governor’s mansion and various state government buildings can be seen.  The range of history here boggles the mind.  Many of the people boarding were in business attire.  Could I be traveling with lawmakers and other important people?

Mid-way into the trip, we entered Missouri wine country.  There are many choices for tasting.  I have my own favorite Missouri wines.  I enjoy the variety of those produced and often serve them for events at Silver Heart Inn.  We do our best to support local sustainability by conscientiously choosing locally produced products.

The landscape began changing from suburban to urban once again.  St. Louis was not so far away now.  Was this the end of my trip?  No, my trip had begun at the station as we boarded.  When we travel as a “car” society, we think of how long it will take to get there before our “vacation” can begin.  Travel is something we tolerate, a necessity of going from one place to another.  But what if we were to look at the “getting to” as part of the journey that can be the phase where we begin to wind down?  How much more would we feel like we got out of it?  I was only gone for an overnight trip but I do feel refreshed.  I slowed down and so did time, it seems.

And just so you don’t think that I was slacking, I wrote this blog, “Take the Rail to the Trails” on the train.  Which trails?  The Civil War, the westward trails, Santa Fe, Oregon, and California, or the campaign trail which ended here for President Harry Truman?  I will be arriving home in Independence as he did, later today.

My daughter is already planning her next trip.  It was fun!  I’m looking forward to doing it again.  But first, I think I’ll catch a bit of shut eye.  I’m not doing the driving!