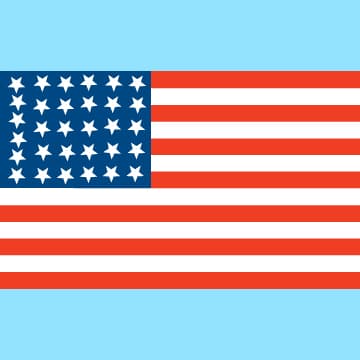 The Stone-Gamble Mansion has been an Independence landmark since it was built.   The exact date of construction is unknown, but the best evidence seems to indicate that it was between 1855 and 1859.  To set the stage, here is a list of significant events in local and American history from the 1850s.

1850: Millard Fillmore becomes the 13th President of the United States on 9 July, after Zachory Taylor died in office. 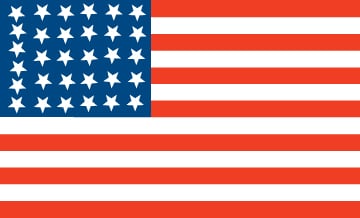 1852 to 1855: Commodore Matthew Perry and his fleet of ‘Black Ships’ established trade relations with Japan.

1853: Franklin Pierce becomes the 14th President of the United States on 4 March.

1854: The Kansas-Nebraska Act was signed into law on 30 May.  The law repealed the Missouri Compromise of 1820, which used geographical location to determine whether a territory would be admitted as a free or slave state.  Under the new law, the inhabitants of a territory (beginning with Kansas) would decide by popular vote whether to allow slavery or not.  Abolitionist settlers from the East stream into Kansas, as do pro-slavery settlers from Missouri, leading to many clashes in the following years.

1855: Alexander Majors built his two-story farmhouse south of Kansas City (now 81st and State Line Road, on the Missouri side).  The farmhouse still stands, and it is now a museum.  Majors was a partner in a vast shipping firm that transported freight overland from Kansas City to all parts of the West.  In 1860, the firm created the Pony Express.

1855 to 1856: Abolitionist John Brown travels to Kansas.  Advocating violent action against slavery, he terrorizes pro-slavery settlers and fights several skirmishes in what has become known as ‘Bleeding Kansas.’

1856: The sidewheel steamer Arabia hit a snag and sank in the Missouri River near Parkville on 5 September.  The wreck was excavated in 1988 and the cargo is on display in the River Market area of downtown Kansas City at the Steamboat Arabia Museum.

1857: James Buchanan becomes the 15th President of the United States on 4 March.

1859: John Brown storms and occupies the Harper’s Ferry Arsenal in what is now West Virginia, from 16 to 18 October, with plans to use the weapons to arm a slave rebellion.  He was captured by U.S. Marines under the command of Army Colonel Robert E. Lee, and later convicted and hanged.

I’ll add more entries as I discover them.