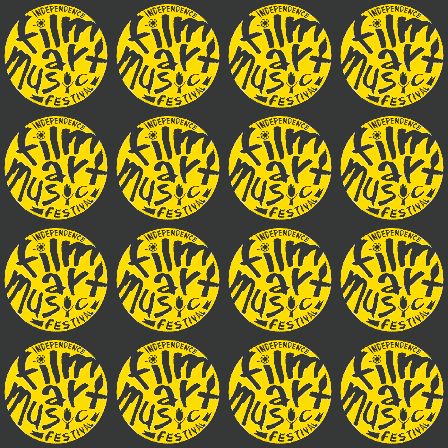 This past weekend I had the opportunity to attend the Independence, Missouri Film, Art and Music Festival.  While it was the first, it won’t be the last.  I am already looking forward to next year.  And if attending these fine films was not enough, I had the privilege of hosting Ellen Frick, documentary film maker of Patriot Guard Riders right here at Silver Heart Inn B&B.  She is a great lady.  I will miss her and all the great conversations at breakfast over coffee.

You might be thinking, oh man, you actually sat through an entire weekend of documentary films!  Well, yes, Perry and I did.  We also took our 10 year old daughter.  There was much to be learned, shared, discussed, and well, you sometimes just need something to interrupt your world and open it up a little.

I am not a Bible beater, soapbox stander, or anything like that.  I am like most people who get fairly busy and comfortable in my world.  Sometimes I make assumptions based on what I know and often what I think I know.  I certainly take things for granted.  But I have to say this, things move me.  I cry at Hallmark commercials, the national anthem and movies.  When life and people touch my world, it changes me, I become connected.

I have heard it said that the world is getting smaller.  Yet there are things happening right around us that we do not know.  How can that be in this age of information, real-time and Facebook?  I believe that it is easier to get lost in the confusion.

Documentary film makers are trying to bring awareness, discussion, education and well, sometimes change.  They want you to see the fabric of the bigger picture playing on the screen around your life.  You don’t have to agree or disagree but be open to being reconnected to your world.  There was a time in our history that we were free thinking and great debaters.  At this time, with the world of information in the form of the internet at our finger tips I believe that this has been lost.  We are more a society waiting to be programmed, told, informed about what we should know.

I would like to introduce you to Frank Buckles.  What, you don’t know him?  He is famous.  He was the last survivor of World War I, at 110 years old.  I love Frank.  He has had an extraordinary life, which he shared with film maker David DeJonge in Pershing’s Last Patriot.  He reminded me somewhat of Indiana Jones, adventurer, foreign traveler, fighting an evil enemy.  Really, it’s an amazing story of a gentle man who was selfless.  All he wanted was a World War I memorial in Washington DC to represent those who served.  There isn’t one in DC and it looks as if there may never be.  Fortunately, here in Kansas City, is the World War I Memorial which has been designated as the national symbol.  But what about all the visitors who go to Washington, school children, veterans, who look at all the monuments in this central location?

Some time ago I wrote about our family’s experience with the drive-in theater.  Film maker April Wright was our inspiration with her documentary, Going Attractions.  My daughter got to meet her in person!  What a thrill to share with her how she showed us what we have right here in Independence, two drive-ins open and thriving!  Thank you April.  I am hoping to squeeze in another night at the drive-in with the family before the end of the summer.

TWA Flight 800 and the surrounding controversy was the topic of film maker Kristina Borjesson’s movie.  Kristina is a former news reporter.  Her facts and details in this film are riveting.  It certainly was thought provoking.  Perry and I had a great discussion about the material presented here for contemplation.  But, more than discussion, an opportunity was presented here to become involved in making a difference.

Certainly, you have heard of the hot topic in Kansas regarding the Darwin theories presented in public school education.  I did not realize all of the angles on this story and I live in the Kansas City area!  I felt challenged myself to see the balance of sides presenting information.  There is a great deal of pressure from the legal sector as a decision could be historical in the way scientific theories are taught.  You should definitely check this out.  The world is watching to see what will happen here in the United States.  Jeff Tamblyn, film maker, did a fabulous job of covering this in a fair and balanced approach in Kansas vs Darwin.

My 10 year old daughter chose Patriot Guard Riders as having the most impact on her life, “It made me sad.  I didn’t know people would do things like that.  Those people who ride the motorcycles are doing a very important job.  Those families know that someone loves them.  God wants us to love people who are sad and hurting.”  I sat with her in the theater after the movie on Sunday.  She asked questions, and knows that Kansas is the state next to us where this all began.  We discussed what we believe as Christians, and how other people might think about people who call themselves Christians when they see what happens in this movie.  We even talked about the First Amendment and the rights American citizens have under that amendment.  She has a brother in the Navy.  This all hits pretty close to home for her.  I believe her little heart was touched, her world enlarged, her mind challenged.  In a nutshell, that is what a documentary is supposed to do.  We are supposed to think. 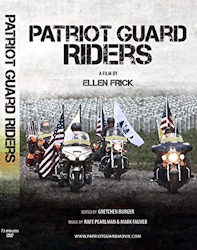 There were many other films to see.  I’m sorry to say that Perry and I didn’t even get to see all the ones we had on our list.  It was only one weekend.  I considered it time well spent, and very enjoyable.  Thank you to all the film makers who have given so very much time, talent, and cost to be here.  We are honored to have hosted you and your fine works here in Independence.  Thanks to Jim Hennequin and volunteers, only 365 days left to plan the next one!

And, for those of you who missed out…well, you did!  But, at least there will be next year’s festival.  Make sure you get advanced tickets because there won’t be as many open seats next year.  Word is out now!